← more from
BB*ISLAND
Get fresh music recommendations delivered to your inbox every Friday.
We've updated our Terms of Use. You can review the changes here. 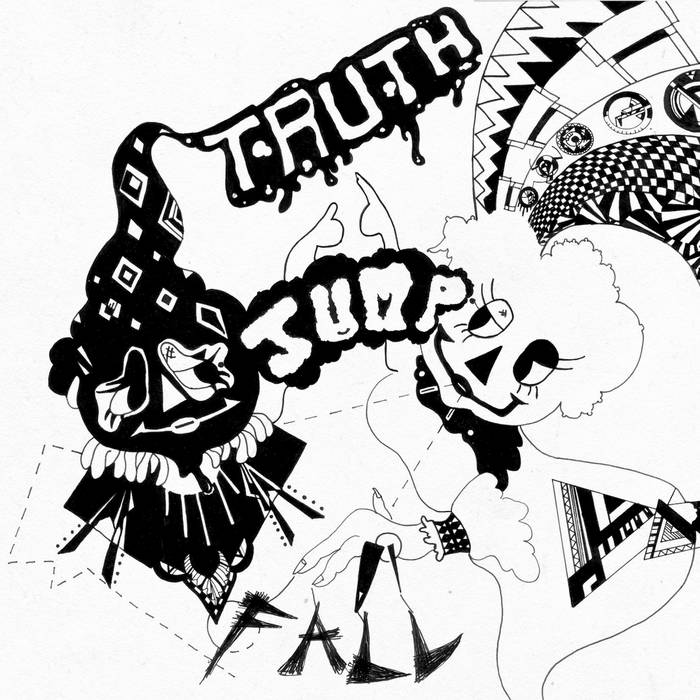 “I was having grave doubts about the musical form I had chosen, a man singing songs with an acoustic guitar, when I was fresh off the boat at the 2009 Summer Antifolk Festival. Ben Krieger, who had recently taken over host duties from erstwhile impresario Lach, whispered to the newcomer “next is Toby Goodshank, he was in The Moldy Peaches but he's a great solo artist in his own right”. This Toby Goodshank took to the stage with wild curly hair and a sly demeanour, mustachioed like a B-grade 1980s German pornstar. Over subtly detailed and intricate guitar playing his powerful and emotive baritone voice began to somersault like a swallow of rock. Every song seemed to have been forensically examined from multiple angles, dissected, and cunningly stitched into a jarringly effectual freak-self. It was an impeccably crafted performance which held the packed back room of the Sidewalk Café in hushed reverence of transcendental folk music, all this accomplished while singing lines like Well you know I know what turns you on / The gentle sting of the tuning fork / When I open up your ballsack / You know I hope to find pulled pork. I was transfixed by the whole, barely comprehending the parts, reminded that any form is only as good as the poetic imagination and bravery the artist brings to it, the life breathed into the work.

Fast forward to 2011 and the release of Toby Goodshank's album 'Truth Jump Fall', by which point I was in the fortunate position to bother the artist and pick his brains about the process for this latest work. It had been clear from the Montana Casey directed video for the opening title track that this, by conservative count his 28th solo release within a decade, was to be something special. Filmed from 360 degrees on a rooftop near his apartment in Brooklyn, sporting his then signature fox mask, over ominous organ and double bass, Toby Goodshank slowly croons We got the generator bill in the mail today / That's when my father freaked out at the very bottom of his vocal range. Much of Toby’s work feels like a zesty thumb of the nose at domesticated bullshit; this album is unusually sombre and haunting in tone, written in the period following the death of his father and bringing his prodigious skills as a songwriter to bear on processing the accompanying grief and trauma. The lyrics, as ever, include a bricolage mosaic of cultural artefacts, lurid sexual outbursts and cryptic storytelling which twists this way and that, lulling you in before unleashing disarming clarity, as in (from track 3, 'Prelude to Fire') I wanna love me but I don’t know how / I wanna leave this life / I wanna change but I don’t know how / I’ve got to change / I’m scared to stay the same. The album was recorded and heavily produced by Jack Dishel (also formerly of The Moldy Peaches) who had the stated aim of making “every song sound like it could be someone's favourite song of all time”. The pair together honed the gymnastic vocal sections and eccentric riffery in a process that Toby found “crazy” at first, being accustomed to recording quickly and with full autonomy. The accompaniment to Toby's voice and acoustic guitar is minimal (drums, bass, organ, pads arranged by Dishel and some choice contributions - including electric saw - from other friends) but careful, and perfectly weighted to the strange, tight musculature of the songs. The result is an album of such cohesion and emotional depth that, as an already confirmed stan, I delighted in it not just for my own sake but for how I could use it; it has since functioned like a gateway drug for most folk I aim to push into the devious musical world of this great songwriter Toby Goodshank.”

Bandcamp Daily  your guide to the world of Bandcamp

Frayle's Gwyn Strang and Sean Bilovecky join the show to talk about their cathartic new album.